From La Sousta, here is a road bike circuit on the small roads of the Gard. On the program a wild nature made of wood and scrubland, medieval villages including the magnificent Uzès, Roman remains and an outstanding arrival at Pont du Gard!

Starting from the campsite, the circuit follows the Voie Verte du Pont du Gard on 3 km, before turning right to attack the longest ascent of your route : 6 km uphill via a small road passing through Lédenon via Saint-Bonnet-du-Gard and its fortified Romanesque church. Nothing too bad, the average slope is 3%... To the output of Lédenon, around km 8.8, you leave the departmental to continue to climb by a secondary road.
You will join the D3 towards km 12.3. This very pretty road descends for 6 km to Collias, famous for the tourism next to the Gardon which you will cross by the Joliclerc bridge.
After Collias, you take the road of Sanilhac (D112), then, the D736 passing by Blauzac, and the D22. At km 34, take the way of the Grand Mas (on your right) to reach Uzès quietly from the South.

Don't hesitate to take the time to discover Uzes classified city of art and history: its cathedral, its Ducal Palace, its pedestrian streets, the castles of Uzès, the Fenestrelle tower...The place is wonderful, also good for a break on the terrace. You can also at km 40 take the small road that joins the Eure Valley. The park around the spring and the valley is particularly pleasant.

You now leave Uzès from the North by taking the direction of Saint-Quentin-la-Poterie (D5) before begin the short ascent of Saint-Siffret.Once past the village, you descend by the wooded road which goes to Saint-Maximin. This small village in the Gard overlooks the Alzon valley. Built around its castle, it offers pleasant shaded alleys and places where it is good to rest.

You then take a small departmental road going to Vers-Pont-du-Gard, village nestled in the garrigue. The village deserves a stop. It has important stone quarries which have been exploited for a long time,which were used by the Romans for the construction of the aqueduct which went from the fountain of Eure to Uzès until Nîmes, and to built the Pont du Gard. It has kept all its small shops and its craftsmen. Walking through the alleys, you will discover the Clock Tower, a vestige of the medieval walls, the Church and the three remarkable water points (wash, fountains) ...
The route now begins its last part by going up to the hilltop village of Castillon-du-Gard by the D192 (the arrival in the village climbs well but for a short time). This 13th century medieval village has small cobbled streets and gargoyles, an old guard tower and a Romanesque chapel, but also small shops, restaurants and a very beautiful point of view…
The last 5 kilometers allow you to descend to Pont du Gard and return quietly to the campsite.

Note: some parts of the roads may be in poor condition, take care of your wheels on these passages. 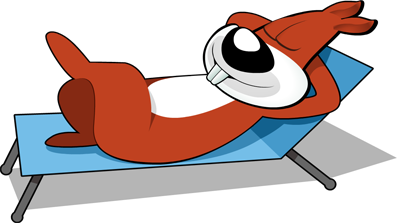